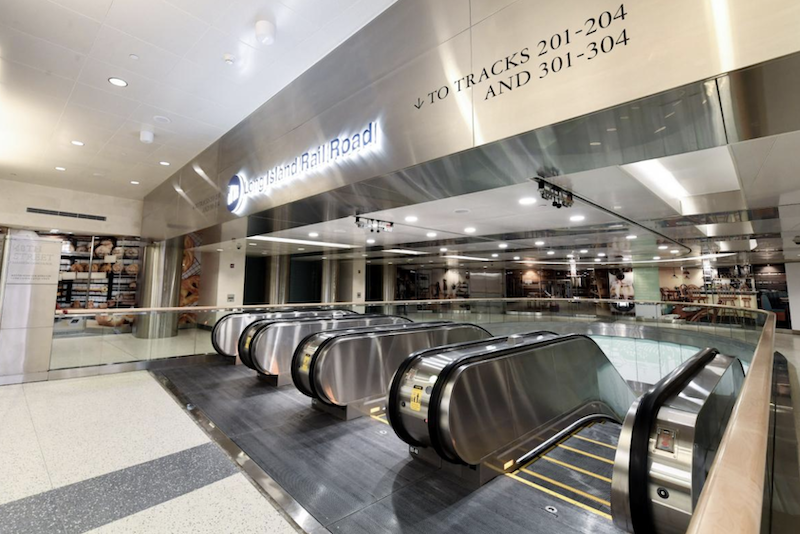 Decades after it was first proposed, Long Island Rail Road trains will finally serve the east side of Manhattan. Escalators from Grand Central Terminal lead down to the new LIRR platforms. —Photo by Marc A. Hermann/MTA.

By Railfan & Railroad Staff for PTJ

“The new LIRR service to Manhattan’s east side is the most transformative change to Long Island Rail Road service in over a century,” officials said in a release on Monday night when the much-awaited opening was announced.

Manhattan-bound LIRR commuter trains have always gone to Penn Station on the west side of the island, shared with NJ Transit and Amtrak. But since the mid-20th Century, there has been a push to get LIRR trains to serve the east side. That dream was almost realized in the 1960s and 1970s, but those plans were shelved during the city’s financial troubles of the 1970s. The project finally received federal funding in 2006. 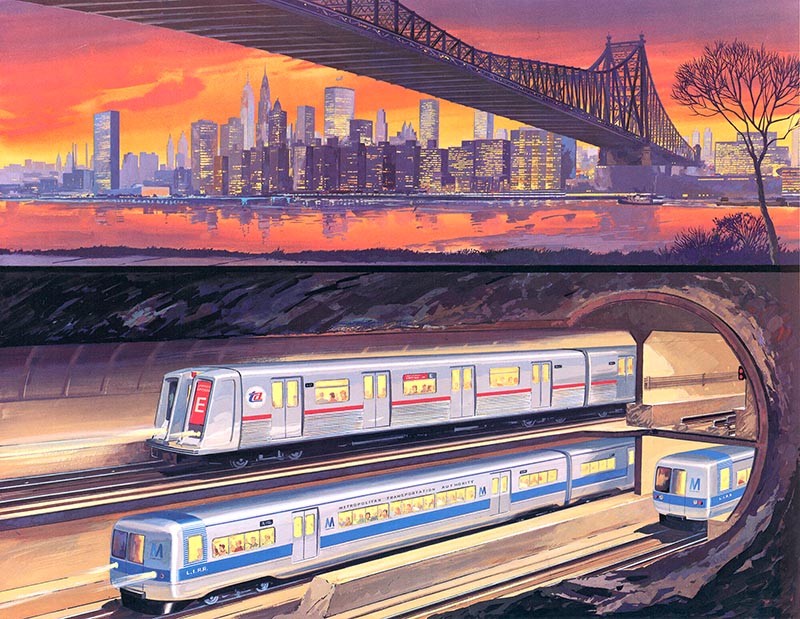 ABOVE: This 1968 rendering shows the dual-level 63rd Street Tunnel under the East River carrying New York City Transit subway trains on the upper level, and Long Island Rail Road trains on the lower level. The original plan for East Side Access called for a new LIRR terminal to be constructed at 48th Street and Third Avenue, but later moved the target to Grand Central Terminal in 1977. The subway level of the tunnel opened in 1989. —Metropolitan Transportation Authority

The new route heads west from Queens near LIRR’s Sunnyside Yard and uses the long-dormant lower level of the 63rd Street subway tunnel to cross under the East River. After getting onto Manhattan, the tracks turn southeast underneath the former New York Central right-of-way under Park Avenue to get to Grand Central Madison. The new station is located 14 stories below ground, much of it tunneled from solid bedrock. It includes eight tracks on two different levels.

Limited shuttle service will be offered between Jamaica and Grand Central Madison for the first few weeks, but eventually, schedules will be adjusted on all LIRR branches to allow a one-seat ride from Long Island to Midtown. Owned and operated by the Metropolitan Transportation Authority, the Long Island Rail Road was chartered in 1834 and is the busiest commuter railroad in the United States.