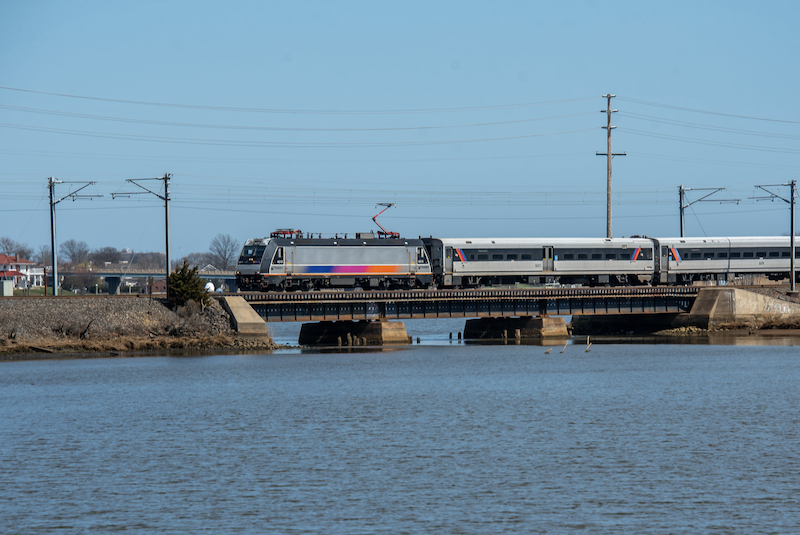 LONG BEACH, N.J. — New Jersey Transit is restoring nearly 60 trains just in time for the summer season as the pandemic loosens its grip on the region and the state economy continues to reopen. Along with additional service, NJT officials highlighted improvements at Long Beach.

Starting on June 6, additional service resumed on the North Jersey Coast Line as well as weekend service on the Gladstone Branch. The additional rail service between Long Branch and Bay Head expands upon the revitalization initiative started by the New Jersey Department of Transportation when it designated the area surrounding the Long Branch Station a Transit Village, as well as awarding additional state funding to restore and beautify Third Avenue through the streetscape project. The project aims to create an inviting and aesthetically pleasing Third Avenue that will promote economic growth by restoring sidewalks and curbs and adding safety improvements, resurfacing the pavement, adding ornamental pavers, and additional street lighting.

“The New Jersey Department of Transportation and NJ Transit remains committed to maximizing Long Branch’s potential and spurring economic growth for the community by attracting businesses and residents with the Long Branch Train Station serving as the center of their transportation needs,” said New Jersey Department of Transportation Commissioner and NJT Board Chair Diane Gutierrez-Scaccetti. “We were pleased to provide the grant to help fund the beautification around Long Branch Station. The improvements around the station, along with the restoration of train service at Long Branch and throughout the rail system, should provide for an improved customer experience as the state continues to emerge from the pandemic and ridership returns.”

“NJ Transit is proud to be restoring such an extensive range of rail service to our system,” said NJ Transit President and CEO Kevin S. Corbett. “ The addition of the NJCL shuttle trains between Long Branch and Bay Head, along with the restoration of  several other trains on many rail lines, will increase the frequency and reliability of rail service throughout our system, and are especially necessary now – at a time when more and more customers are returning to our system, and frequent and reliable service is more critical than ever.”

On weekend days, 12 North Jersey Coast Line trains will be added to provide shuttle service between Long Branch and Bay Head, operating on the weekends through September 11. This service was temporarily suspended last year due to COVID-19. Restoration of weekend service on the Gladstone Branch will include the addition of 39 trains between Gladstone and Summit that has utilized substitute bus service since October 2018.