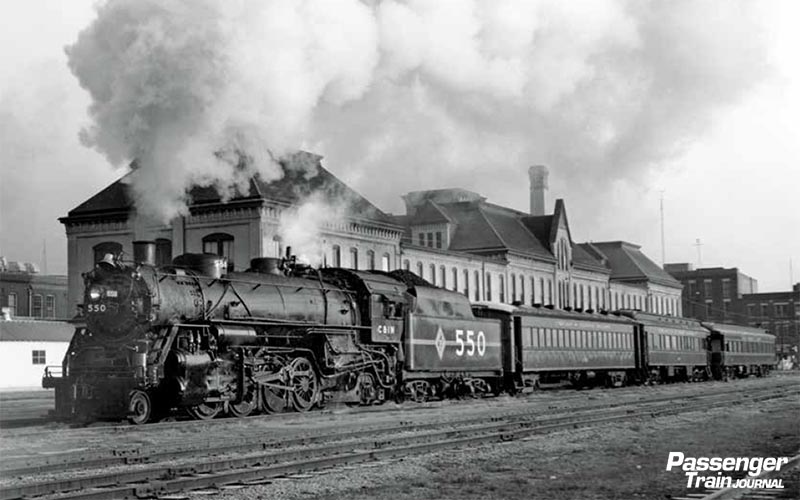 Known mainly as a shortline coal-hauler between Peoria, Springfield, and Taylorville, Ill., the C&IM nonetheless sported some passenger trains. Here at Union Depot on Dec. 3, 1954, C&IM 2-8-2 No. 550 heads up a Transportation Club Extra comprising a C&IM coach and business car and a Gulf, Mobile & Ohio business car. At this time, the C&IM fielded a regularly scheduled passenger run as well, between Peoria and Springfield, but it had been truncated to Pekin. Monty Powell photo, Lou Marre Collection 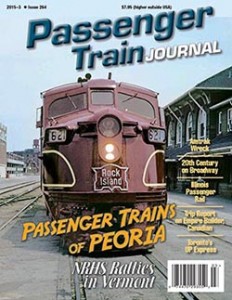 Peoria, Ill., never ranked among the nation’s big cities, yet from 1854 to 1907 it attracted railroads comparable in number to Kansas City, Minneapolis-St. Paul and Omaha-Council Bluffs. Peoria could even claim a preponderance of depots and a complexity of routes like its larger contemporaries.

Much has been written of Peoria’s rail history thanks to the presence of colorful small carriers like the Chicago & Illinois Midland; Illinois Terminal; Peoria & Pekin Union; and Toledo, Peoria & Western. But with the passage of time, certain aspects of the city’s early passenger train and station history may have been forgotten.

Read the rest of this article in the 2015-3 issue of Passenger Train Journal!