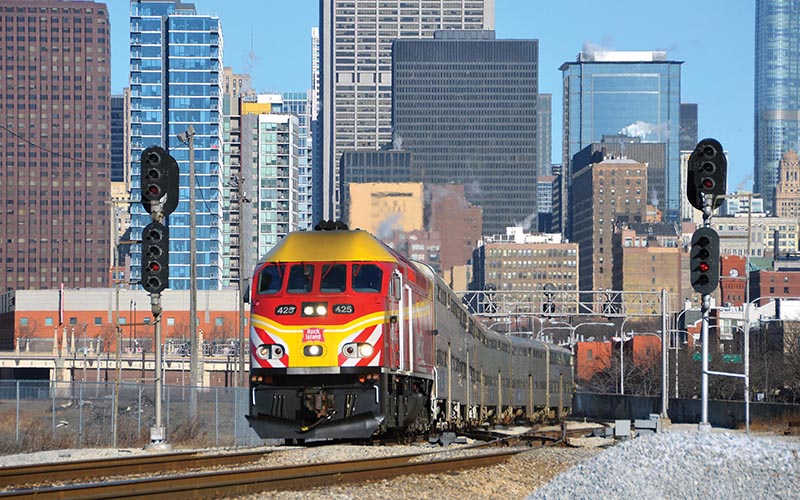 Board the White River Rocket for a special charter on Metra’s Rock Island District from LaSalle Street Station to Joliet on Saturday, September 29. Enjoy a luncheon in the beautifully restored Joliet Union Station, and return to Chicago in time to visit The Loop and enjoy dinner on your own. Then, join us in the Burlington Room at Chicago Union Station as we celebrate 50 years of Passenger Train Journal with presentations by well-known historians and photographers. Seats are limited, order your tickets today!

When the first issue of Passenger Train Journal hit the street in 1968, the American intercity rail passenger network was in free fall and, with just a few notable exceptions, the future looked increasingly bleak. No one could imagine the dramatic changes we would see over the next fifty years, as passenger train operation transitioned from private to public operation.

We have certainly come a long way since the first hand-lettered edition was distributed to eager readers. Now a proud part of the White River Productions family, PTJ is the leading publication dedicated to long-distance, commuter, and rapid transit trains in North America (and around the world).

Join founder Kevin McKinney and editor Mike Schafer on September 29 for a special event marking the 50th anniversary of PTJ! The day starts with a ride aboard the White River Rocket, a special chartered run departing LaSalle Street Station in Chicago for a run down Metra’s Rock Island District. Photo stops are planned along the route, with an expected mid-day arrival at Joliet. Upon arrival, you are invited to join us for lunch in the ballroom at Joliet Union Station.

Joliet holds a special place in the heart of editor Mike Schafer, with some of his earliest train watching and railfanning activities taking place here. Built in 1912, Joliet Union Station at one time served the Rock Island; Santa Fe; Gulf, Mobile & Ohio; and the New York Central. The main building has been restored and renovated as the Grand Ballroom, while a new passenger facility serving Amtrak and Metra opened in 2018.

Our return trip to Chicago will include a brief stop at Metra’s famed “Rocket House” at 47th Street Yard (a former Rock Island maintenance facility). A scheduled early afternoon arrival in Chicago will leave you plenty of time to explore The Loop and enjoy dinner on your own. 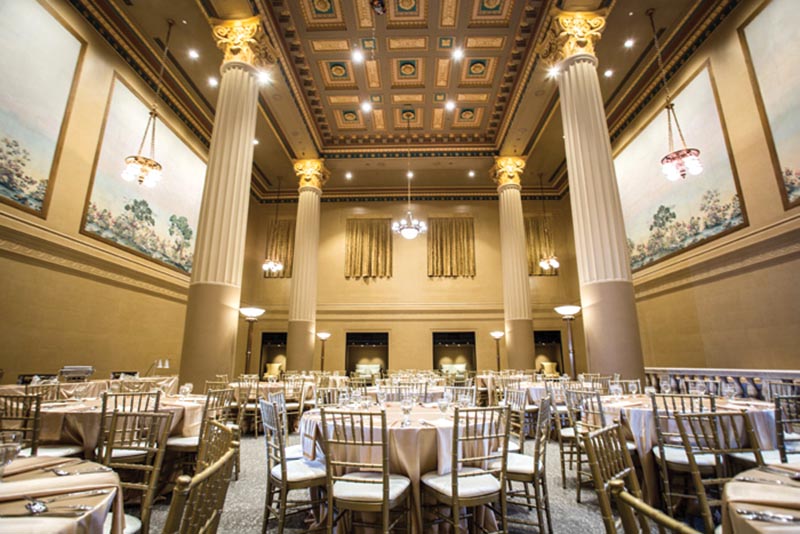 Following the dinner break, we’ll meet in the beautifully restored Burlington Room at Chicago Union Station for an evening of presentations by top railroad historians and photographers. As part of Amtrak’s program to redevelop historic Chicago Union Station, the former women’s lounge was renovated and restored to its former glory as the Burlington Room in 2016, providing the perfect location for our show.

Your ticket includes the ride on the White River Rocket, luncheon at Joliet Union Station, the “Rocket House” stop, and admission to the evening program at Chicago Union Station. Tickets are $125.00 per person. Please join us in Chicago on September 29!

Cancellation Policy: Cancellation within one week of the event will result in 50% refund of ticket price.