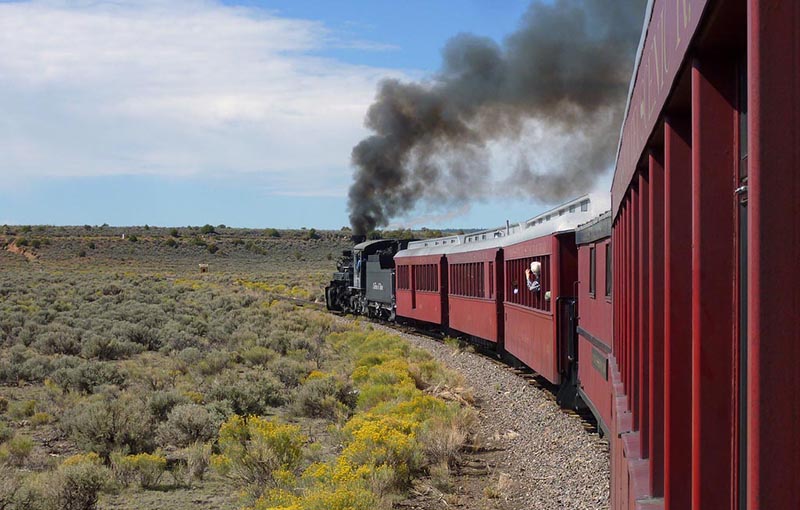 By Jamie Pacton/Photos as Noted

As an old steam engine chugs along through the breathtaking passes of the Colorado Rockies, hauling coaches and travelers past evergreen-covered hills, around sheer rock faces, and over deep gorges, there are many fantastic photo opportunities.

“If you want a really great picture,” says seasoned Discoveries Director Don Bruno, “you need to be sitting seven or eight cars back from the engine, in the coach that’s open to the air. We ride over a trestle bridge, where a river pounds through the gorge below.  There’s a curve in the rail, and the engine is in view for a moment. Travelers love to capture that on film: the steam engine in the foreground, its smoke making a billowing cloud against the backdrop of the green and grey of the Rockies, with the big Western sky in view. It’s simply beautiful.” 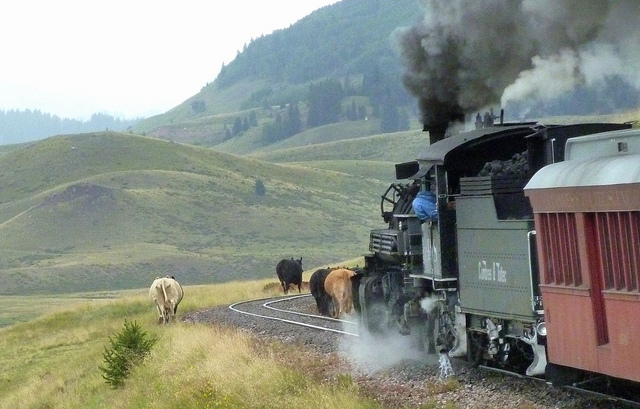 On the Country Travel Discoveries Colorado’s Vintage Railways tour, photo-friendly moments like this abound. This tour also offers travelers the chance to experience history and Colorado as it was in the 1800’s.  On this journey, travelers ride on four famous vintage trains past national forests and some of Colorado’s tallest peaks. It’s an amazing adventure and one that really gives travelers a feel for Colorado as it was when miners rode the rails deep into the mountains.  Since many of the trains and railways on this tour were built to support mining operations, they travel where roads cannot go.  For that reason, travelers get to see land that is untouched by modern touches like cars, condos, and cell towers. 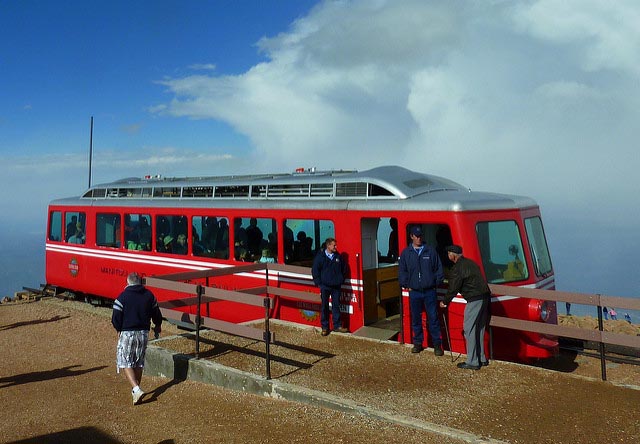 The first train ride that travelers get to enjoy is on the popular Pikes Peak Cog Railway, which celebrates its 125th anniversary in 2016. Passengers ascend a thrilling 8,000 feet to the top of majestic Pikes Peak (14,110 feet), taking in miles of mountainous scenery along the way. The next day features the world-famous Royal Gorge Railroad. From the comfort of your enclosed coach seat or open-air observation car, enjoy fabulous scenery and wildlife. This classic, old-time diesel engine chugs along the Arkansas River and winds its way through the steep granite cliffs of the gorge passing under the Royal Gorge Bridge, suspended more than 1,000 feet above the tracks. 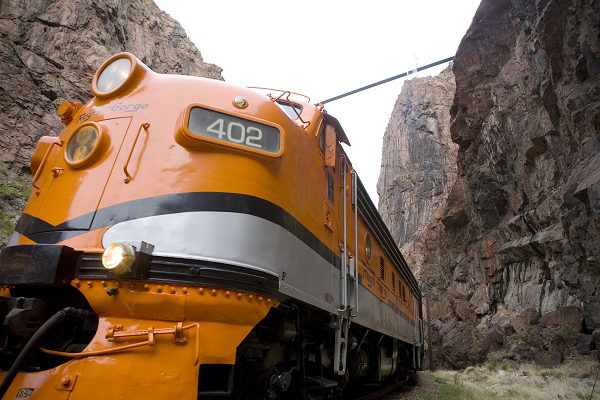 The following day, travelers return to the exciting days of the Frontier West aboard the stately steam engine of the Cumbres & Toltec Railroad. Traveling from Colorado into New Mexico, it stops stop at the old stagecoach town of Chama, home to one of the last coal tipples in the country. Heading back north, it’s the unforgettable Durango & Silverton Narrow Gauge Railroad. This trip is powered by a 1880’s-era coal-fired steam engine. This is one of the “must-do” tourist railroads in the United States!  And last but not least, the Georgetown Loop Railroad will leave you in awe as this narrow-gauge line forms a grand loop high up in the Rocky Mountains. 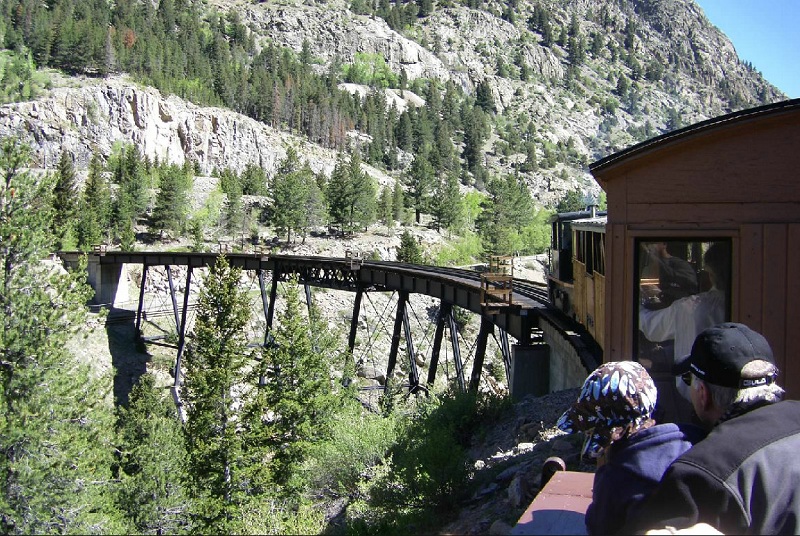 The Colorado’s Vintage Railways tour keeps up its look at Colorado as it was in the nineteenth century with stops in towns like Silverton. This old mining town, with its flat-faced, colorful buildings, looks like it should be part of a John Wayne movie set. But, it’s not a fictional town; Silverton was a Wild West town in the most authentic sense: miners drank in the saloons and frequented the dance halls on Notorious Blair Street, while respectable people tried to clean up the town and keep it safe for their children and families.

Beyond the “Wild West”

Beyond the Wild West side of Colorado’s history, as travelers ride the rails, they also learn about how certain parts of the state were sought-after health destinations for wealthy Americans and Europeans.

“Although many of Colorado’s towns were built as supply depots for mining camps, with the influx of people seeking cures in the waters and climate of Colorado, the state really changed,” says Don. “Wealthy people built grand hotels like the Stanley in Estes Park and the opulent Broadmoor in Colorado Springs, and communities of artists sprung up here.”

Miners and socialites were not the only ones who made Colorado what it is today. Native Americans lived in the state long before it was a state at all. One of the most memorable stops on the tour is a visit with Leon Joseph Littlebird. A child of Native American storytellers, Leon plays the guitar and flute and tells amazing stories about the Native Americans’ contributions to Colorado’s history. Another memorable moment is an optional side trip to the fascinating pueblo ruins at Mesa Verde National Park, now a UNESCO World Heritage Site.

A Place of Dichotomies

Colorado is a state of dichotomies. It offers healing waters, treacherous hills, verdant forests and Great Sand Dunes National Park.  Its history was built both by people literally scraping a living out of the mountains and those who promenaded for health near the peaks. It fostered towns where churchgoers and their children kept to one side of a street while brawlers and miners stayed on the other side of the street. It is a place where Native Americans lived for centuries, and one where they were forced off their land for resettlement farther west.

All told, Colorado is an incredibly beautiful, complex place that is best explored on the railways—so you can see natural surroundings as the miners, settlers, socialites, and Native Americans did.