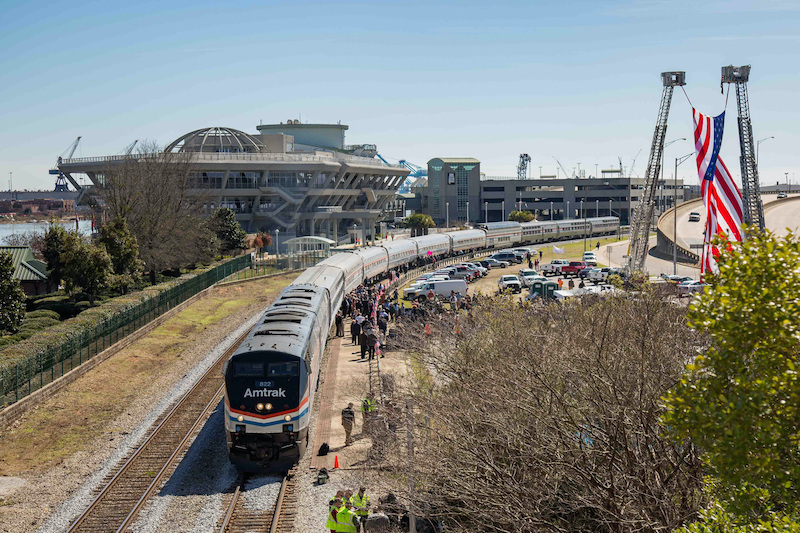 MOBILE, Ala. — The U.S. Surface Transportation Board has given Amtrak access to a CSX Transportation yard in Mobile, Ala., despite protests from the freight railroad. The decision, granted earlier this week, is the latest in the long battle between Amtrak and CSX and Norfolk Southern over bringing passenger trains back to the Gulf Coast between New Orleans and Mobile.

The three railroads have been battling it out before the STB for much of the year. Amtrak wants to start passenger service east of New Orleans — where a passenger train hasn’t run since Hurricane Katina in 2005 — in 2022, but CSX and NS have said Amtrak needs to address capacity issues on the route. Amtrak has dismissed those concerns, stating that one or two daily passenger trains will not negatively impact freight traffic.

This week’s decision was about access to Choctaw Yard in Mobile, where Amtrak would like to establish a temporary layover track for its trains. CSX has been unwilling to let Amtrak engineers on the site for a survey but the STB said this week that they could.